Hi, I hate being the bearer of bad news, but just to let all you folks know, miRack is violating my licensing agreement by having my modules here. When he used my .5/6 code without permission, that was this dudes prerogative given the licensing model I was using at the time - it was kind of a jerk move to use my code in a commercial product without my permission, but he was within his rights.

Now, I see my v1 code and artwork is being used, and that is not just unethical, it is illegal,

I know folks are excited to see something cool like VCV on an iPad, but I don’t understand supporting such an unscrupulous character.

Ouch. Have you contacted him? What did he say? I love the product but won’t support it if the author is using code he shouldn’t be.

This is very disappointing to hear.

Did you contact Vitaly? I would hope this was just a screw up in updating previously allowed code and not an intentional skirting of changed licensing. If you didn’t contact him, I think accusations of being “unscrupulous” are a bit harsh. If you did, well…

Being a fan of both miRack and your modules is there any constructive path forward? I would hate to see your lovely modules rolled back, because miRack is a wonderful host. Rack on a portable, touchscreen device is really the best experience. And, as many have noted, performance on a dinky iOS device is frequently better than VCV on a higher spec’d laptop. As an end user it sucks seeing these advancements ghettoized into a platform that can be starved by licensing restrictions.

Is there any hope?

I indeed updated your Frozen Wasteland plugin some time ago. However I’m not using the latest code from your repo which I’m aware is now GPL-licensed. I am using the last commit with the old license, specifically, hash a0778fd. I’m sorry if you got an impression I was using your GPL-licensed code.

In any case I’m more than happy to communicate with you directly and discuss the inclusion of your modules in order to find a solution that would satisfy both of us. I tried contacting you in September 2019 about your modules but got no response unfortunately.

That Sucks man… I can only imagine how hard you worked on it. Hope it gets sorted! 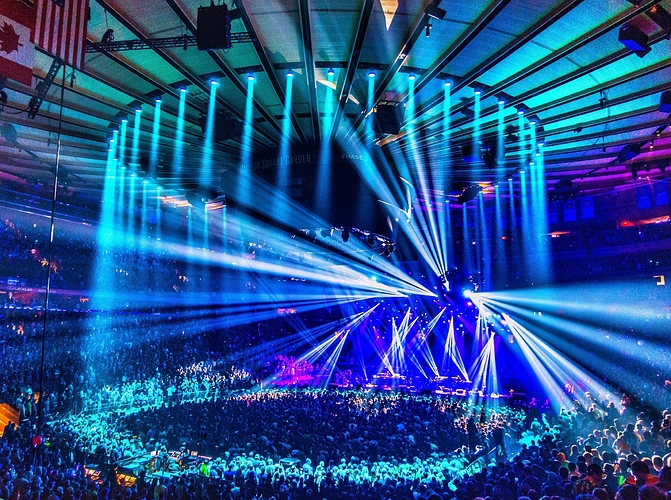 You can see where it was forked on github.

This whole thing with licenses is frustrating as a user. We like using iOS for music, and like the work both parties have done.
The original licenses people were using allowed for commercial use, I don’t know if a lot of people misunderstood the license they were using or what.
The fact that this got released and I see a lot of the license files all got switched to GPL almost as to block out anyone else from doing it again either out of spite or they are just now realizing they messed up with licensing.

The art is a whole different thing, and that can be swapped out but me as a new user to VCV and miRack its not leaving some of the developers in a favorable light. If Apple had a platform where the software could still be GPL I wonder if people would still be treating it the same way. VCV itself has its own store and sells closed source plugins so its not exactly some open source pioneer, they are now profiting off it themselves and having to go through a web site and reload the app over and over again isn’t a good user experience.

I don’t have a problem paying a small fee to compensate someone for doing all the work porting to iOS which the posts from VCV made it sound like they didn’t want to do or it wasn’t feasible. Hopefully if miRack gets IAP going some of the devs will allow their code to be published on both.

Sorry for the long post. I have just had to justify using miRack to people after they give me a lecture on it and I have already paid for the thing so its too late anyway. I have been using open source software for decades so I don’t see not telling someone out of courtesy a big slight. If you don’t want someone to use the code that way, pick a different license from the start.

If you don’t want someone to use the code that way, pick a different license from the start.

truth! all this drama- what do people even think a gpl entails? i bet there’s not even a “you must ask permission first as a common curtesy” clause in the original gpl vcv used. coders seriously need to do their due diligence and really read (or pay a lawyer to explain it in layman terms) before adopting any license on a big project. regardless, im REALLY glad an ios port was made! especially after it was stated by vcv’s creator that it wouldn’t happen. being able to explore and further learn these modules on a bus or plane, in the wood, or even while waiting at the dr’s - it takes a ton of stress out of life to tinker and get lost in the sounds with this app a phone. i also love that i can take my mirack creations and load them into vcv1 (so far no problems)…but anyway, ty vitaly for doing this port!! glad to support. finger’s x’d you can work something out w vult down the road at some point (id gladly pay via iap for so many more modules) ;).

you guys are absolutely right. It was my naivete assuming that people would not try to make money off of my work that was intended to be free.
Any way, it is sorted, my license has been updated for a while now, and I’ve been very busy developing cool things.

It was my naivete assuming that people would not try to make money off of my work that was intended to be free.

hit the same wall too back in the early 00’s when i found my free net label albums available for sale on a russian site. of course, didn’t see a penny from that…

@almostEric, Your modules are excellent. I use them in almost every patch… It would be great if we could see what you’ve been developing here on iOS as well and would happily pay (in app purchase) for the privilege